The timeline of technology is dotted with a lengthy list of innovative people and companies whose contributions have helped to shape our modern world. Far shorter is the list of those whose creations have marked a fundamental shift — truly redefining the accepted paradigm.

The story of Audinate is the story of just such a game changer. In just a few short years, the company’s Dante technology has forever altered the face of professional audio, from installed systems to live sound to studio recording and beyond.

The seeds of the company were sown in Sydney, Australia, where a small team of engineers was designing new technologies for Motorola Research Labs. Motorola shuttered the facility in 2003, but a few members of the team stayed together, securing backing from the National Information and Communications Technology of Australia (NICTA), a government research institute whose goal is to spawn innovative technology to benefit the growth of industry in Australia.

It was Co-Founder and Chief Technology Officer Aidan Williams’ interest in music that sparked the new company’s direction. But it was his approach to it as an IT professional that would forge Audinate’s path via a road less traveled.

In 2006, NICTA could see the potential of this technology and decided to spin-out the company from NICTA, to commercialize its ground-breaking Dante audio networking technology. David Myers, Co-Founder now the Chief Operating Officer of Audinate joined Williams and the development team to form Audinate.

Lee Ellison joined Audinate in 2008 as Chief Executive Officer, to drive the commercialization and adoption of Dante, and the company opened a US headquarters in Portland, OR.

In 2011, Audinate expanded with European Operations.

A period of accelerated growth ensued, with Dante playing a pivotal role in several high-profile, mission-critical events, including multiple venues of the 2010 Winter Olympics in Vancouver, The Pope’s appearance at Sydney World Youth Day, and the Queen’s Jubilee Concert in London. Dante was designed into several major stadiums throughout the world. By 2012, most of the leading pro audio brands had embraced Dante technology in their flagship products, including Yamaha Commercial Audio, Bosch Communications Systems, Harman, Extron, Shure, Lab.Gruppen, Peavey MediaMatrix, Allen & Heath, Symetrix, Midas, and more.

By the end of 2014, more than 170 manufacturers have partnered with Audinate, catapulting Dante into the position of market leader and de facto standard. For the second year in a row, Deloitte named Audinate to the top tier of their Technology Fast 50 for Australia and Fast 500 for Asia Pacific, a nod to those companies who have shown exceptional and rapid growth.

The list of applications where Dante can be found has grown exponentially, from installed systems in such high-profile locations as Nashville’s LP Field and the London Olympic Aquatics Center, to major events by Pope Francis, Paul McCartney, Bruce Springsteen, Elton John, Bob Dylan, Kenny Chesney, Foo Fighters, The Killers, and more. Dante has become the digital media networking solution of choice in commercial installed systems, live sound, broadcasting, houses of worship, corporate systems, professional recording, transportation, and beyond. And while technology continues to grow at an ever-accelerating pace, one thing is certain: Audinate will continue to revolutionize the future of audio.

Over 250 companies had signed license agreements with Audinate by the end of 2015, and the number of Dante-enabled products had surpassed 675. Audinate launched Dante Via software in November, dramatically increasing the opportunities to utilize Dante audio networking by allowing users to individually add computer software application and locally-connected hardware inputs and outputs to a Dante network. Dante Via also allows the creation of a Dante network between multiple computers requiring there to be any Dante-enabled hardware on the network.

Audinate opened an office in Hong Kong - its first in Asia.

2016 showed continued growth for Audinate. By the end of the year, the number of brands licensing Dante technology had reached nearly 350. Over 950 Dante-enabled products representing 159 brands were on the market. Audinate launched a new hardware product called the Dante Analog Output Module. This product opened the door to the manufacture of lower-priced adapters--adapters that allow audio professionals to easily connect their legacy analog devices such as speakers and amplifiers to a Dante network. In September of 2016, the Audinate US headquarters in Portland moved to a larger location within the city to accommodate employee growth and to build an in-person training facility for Dante users.

2017 turned out to be a pivotal year, with three major product announcements. Dante Domain Manager, server-based software that provides users advanced management for Dante networks, was previewed at ISE 2017 in the Netherlands. Dante Domain Manager brings IT best practices to AV, making audio networking more secure, more scalable and more controllable than ever before. In addition, Dante Broadway was announced, a new chip for manufacturers to include in their products that delivers Dante networking for medium channel-count applications at a breakthrough price-to-performance ratio. It is ideal for small mixers, power amplifiers and conferencing solutions. Finally, in December 2017, Audinate announced the availability of Dante IP Core, a soft IP solution for audio manufacturers. It allows OEMs working with FPGA-based designs to add Dante audio connectivity to AV products at a lower cost and with greater flexibility than ever before.

2018 started and ended strong, beginning with the announcement of Dante AVIO Adapters, a family of cost-effective endpoint adapters that enable audio professionals to easily connect legacy analog and digital audio equipment to Dante networks. The adapters began shipping in May. Early in Q1, Audinate announced the commercial availability of Dante Domain Manager, including a robust global reseller channel and over 400 Dante-enabled products updated with the latest firmware to be Dante Domain Manager-ready. In September of 2018, Audinate announced the immediate availability of Dante Adapter Modules, designed for the production of cost-effective, compact, manufacturer-branded Dante audio adapters and low-channel count audio devices. Audinate also demonstrated significant growth in its audio networking training machine by expanding their online training program to include advanced (Level 3) Dante Certification training for users interested in creating and maintaining advanced Dante systems.

2019 was another incredible year of growth for Audinate, with three major products already announced in the first half. Dante AV, a first-of-its-kind integrated audio and video-over-IP solution for manufacturers, was announced at ISE 2019 and debuted at Enterprise Connect in March. Dante AV is a complete integrated audio and video networking solution, bringing to video all the benefits that have made Dante the market-leading audio over IP solution: discovery, ease of use and integrated control. At InfoComm 2019 in June, Audinate announced two Dante-as-Software products for manufacturers and developers: Dante Embedded Platform and Dante Application Library. Dante Embedded Platform™ enables manufacturers to add full Dante functionality in software running on Linux for x86 and ARM processors. The Dante Application Library™ allows software developers to seamlessly integrate Dante functionality directly into their PC & Mac applications. Lead customers include Analog Devices, QSC and Zoom. Furthermore, the Dante ecosystem continues to grow, with over 2,000 Dante-enabled products now available on the market.

2020 was a remarkable year for the entire world, with many live events cancelled due to the global pandemic. Working largely from their homes, the Audinate team continued to work to advance new products and find new opportunities to help people to be productive wherever they are. Companies and broadcasters used Dante to allow them to work safely, with conference spaces now extended over multiple rooms and on-screen talent doing work from home. The first manufacturers of Dante AV products were announced: Bolin Technologies developed a high resolution PTZ camera built upon Dante AV, while Patton Electronics built Dante AV powered encoders and decoders. With many more products to come, Audinate is excited to deliver a complete AV-over-IP experience with Dante. 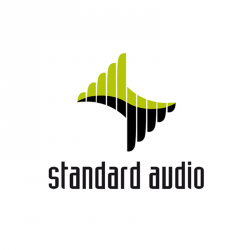 Produkten har lagt till i jämför